This was my first excursion into the countryside; two hours out of Bishkek, in the middle of a tiny rural village in a glorious valley, sits a guesthouse called Ashu. As you look at the following photos, bear in mind that 60% of Kyrgyz people live below the poverty line, and that survival in this place depends almost entirely on horses, donkeys, sheep and goats. It's an unimaginably hard life here in winter, and yet the people smiled and welcomed us and wanted to have conversations about Australia's floods, the news of which has made it even here - where, if there be no dragons, there is at least the odd television satellite. 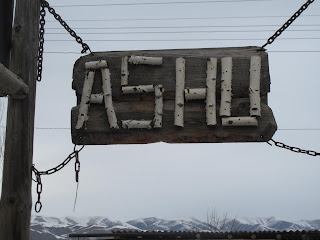 There was never a more beautiful backdrop to a more poverty-stricken village. 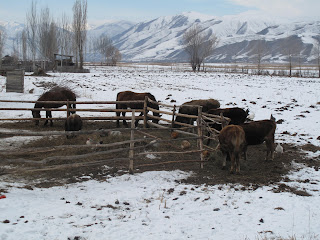 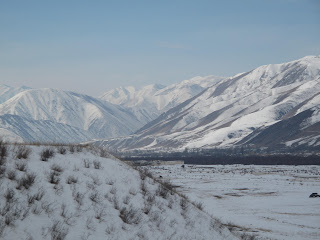 These sheep had spent the day in the mountains with a shepherd, and now trotted along this street without him; they peeled off a couple at a time and found their pens themselves. 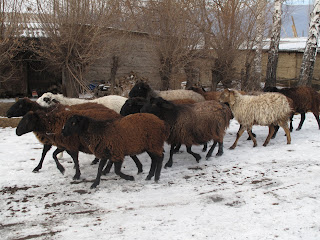 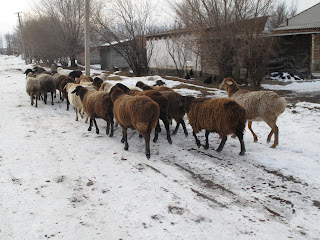 Kyrgyz children have broad smiles and sweet dispositions, but they rarely smile for a photo; these two just about split their cheeks with grins before and after this picture! 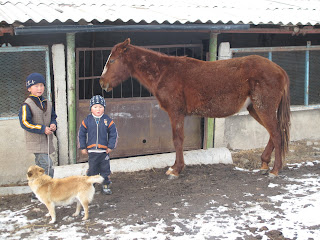 She smiled, though. These sleds are the main plaything of all the children, and act as a sort of pram for babies too. 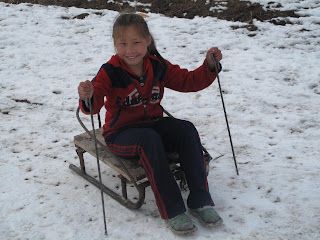 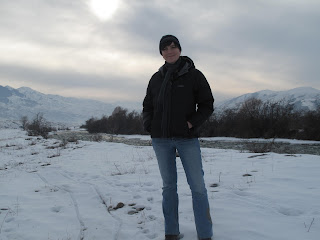 Ashu guesthouse - notable for a good feed! Three bountiful meals a day, plus morning and afternoon tea. An example: this morning, homemade yoghurt, jam, bread and pancakes, and an omelette to boot, with oodles of tea. This fire is perpetually burning, and that matchbox is the size of anyone's head. 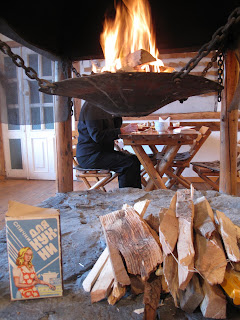 Cheerful fellow on a donkey; we passed him an hour later, his donkey pulling a cart laden with firewood. 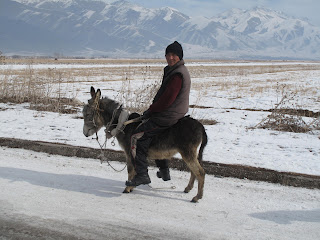 A Soviet remnant - something about children and the rising sun - 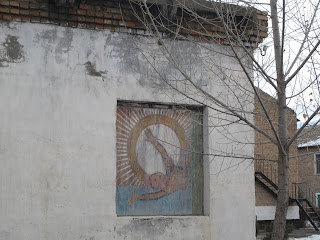 Every village that we passed through had a mosque like this one; new, and seemingly unused. Somewhat mysterious. 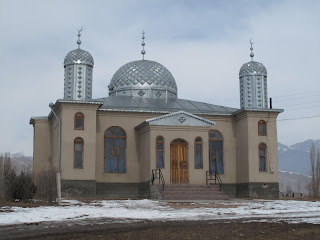 Boy fetching water - he was happier than he looks here! 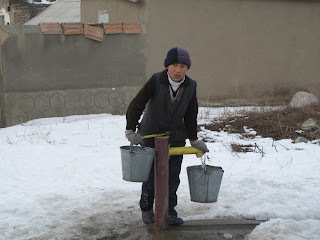 Jolly Kyrgyz farmer with his jolly lambs. They gambolled, I tell you, gambolled! (Though why there are lambs in winter is beyond me). 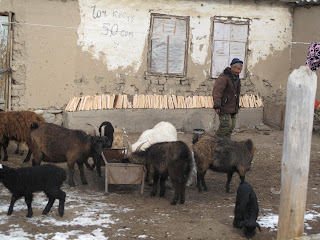