A Sampling of Statuary

Bishkek is full of interesting, historic, and occasionally perplexing monuments, most of them dating from or commemorating the Soviet era. These are a couple of photos I've taken recently, and I hope you'll note the blue skies in them! 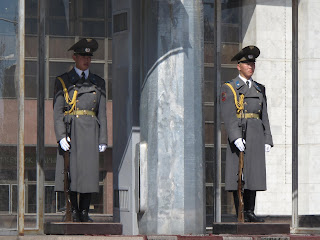 The impressively impassive guards of the national flag. 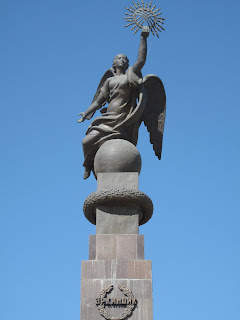 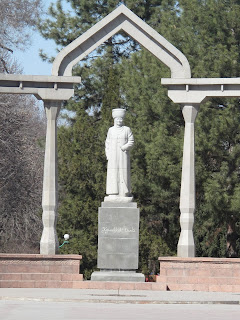 A Personage in National Dress. 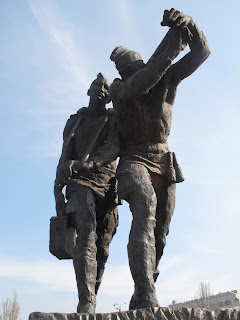 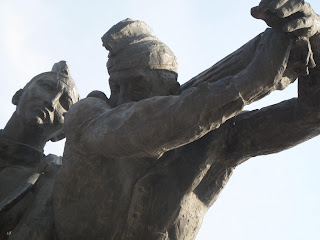 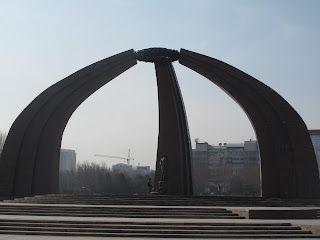 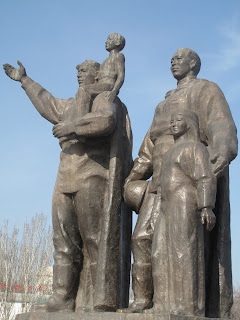 Welcoming Home the Heroes of the Front. 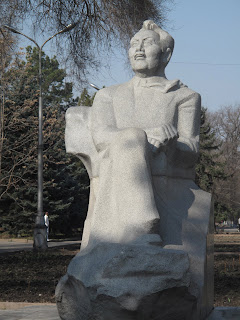 Another Personage. (Possibly Frunze, though I can't be sure.)
Posted by EJK at 10:39 PM