Bishkek is my home. I really felt that as I was going through customs at Manas airport. I couldn't wait to get to my comfortable apartment and have a long sleep in my own bed. I was pleasantly surprised at how glad I was to be back.

But that lasted all of thirty minutes, thanks to an unscrupulous taxi driver, who began renegotiating the price of the ride as soon as he'd started driving. First he wanted more som, and then he started asking for rubles. By the time we got to my apartment (at 4:30 in the morning) he was really quite angry, and called his friend, presumably to intimidate me. However, I was angrier than he; so angry that I threw the money on the ground, grabbed my bags and marched away, twisting his hand off my arm when he tried to grab it. Honestly, I could have punched him for ruining my pleasure at being home again.
I'm dangerous when crossed. Taxi drivers of Bishkek, beware.
(Still, I should probably invest in some capsicum spray).
Anyway, it is good to be home. Classes start again on Monday, which well and truly signals the end of the summer break. Somehow, we've ended up with lots more students this semester, and as the sole English teacher I find the idea of being responsible for the entire Year 7-12 curriculum both exciting and a little daunting. This time, however, I have my own classroom, which is a colourful and jolly place, decorated in posters from the British Museum and pretty postcards. Soon enough the walls will be covered in student work.
I promised photos, didn't I? Some selected highlights from Moscow, St Petersburg, and the train in between, then, provided particularly for the edification of those without Facebook: 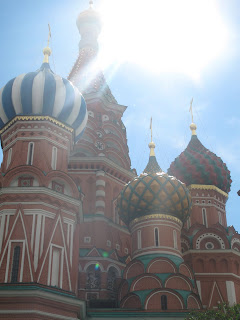 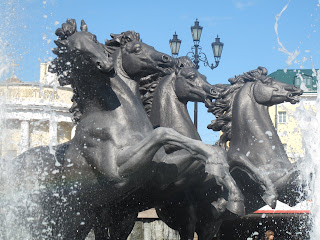 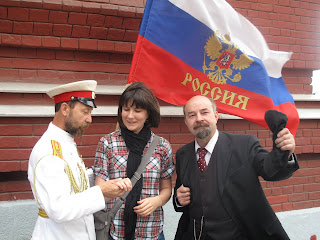 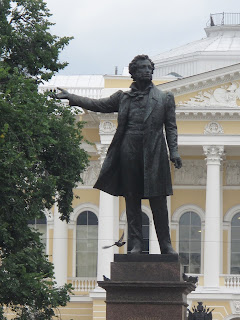 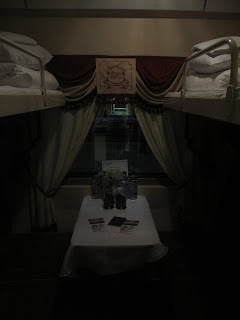 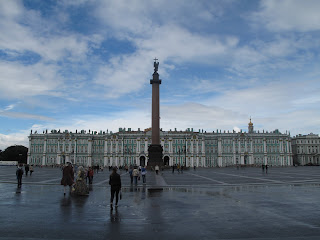 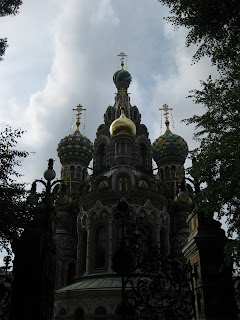 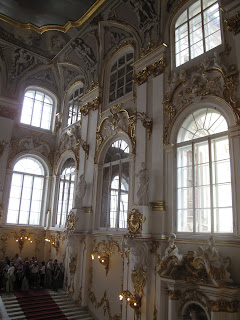 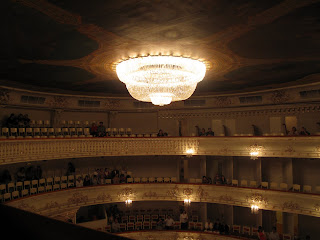